If China fails to build up strategic stockpiles and support domestic zirconium producers through measures such as reduced taxation, the country risks having to rely excessively on imports, which would have serious consequences for its nuclear sector.

These include Australia’s second largest Zirconium holder ATR and Australia’s Alkane Resources with potential for a 200 year mine life. 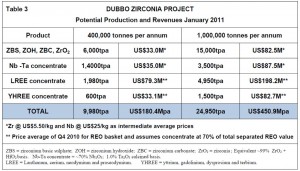 AEE has risen nicely over the last few months but with their likely 1b pounds of contained uranium they have a long way to go before they equal EXT or PDN’s mkt cap: resources ratios… 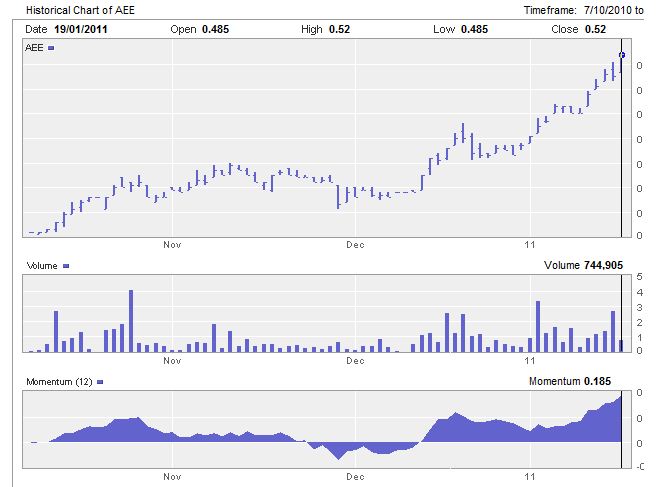 Behind  Dimona’s (Israel’s Nuclear facility) barbed wire, the experts say, Israel has spun nuclear centrifuges virtually identical to Iran’s at Natanz, where Iranian scientists are struggling to enrich uranium. They say Dimona tested the effectiveness of the Stuxnet computer worm, a destructive program that appears to have wiped out roughly a fifth of Iran’s nuclear centrifuges and helped delay, though not destroy, Tehran’s ability to make its first nuclear arms. http://www.nytimes.com/2011/01/16/world/middleeast/16stuxnet.html?pagewanted=1

Interesting to see that over the last few months the market has begun to value the previously very unloved AEE…. Up 78% so far. 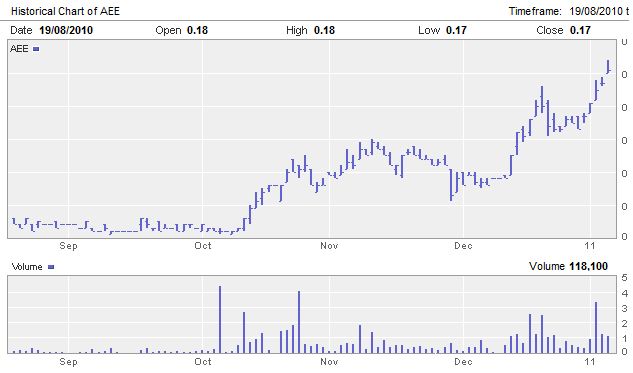 TORONTO (miningweekly.com) – Analysts said on Wednesday there was no “breakthrough” in China’s uranium reprocessing capabilities, and there would be no impact on the market for the fuel.

“The bottom line is there was no breakthrough, there will be zero impact on Chinese demand for uranium,” UxC senior vice president Mike Smith stated in an interview.

This came after China Central Television reported on Tuesday that technology developed by China National Nuclear Corp could extend the country’s uranium resources to last 3 000 years.

China Daily – the State-owned paper targeted at Westerners – said the following day in a front page headline that the move would solve the country’s uranium shortage.

“We don’t put a lot of credence into this spin about a Chinese breakthrough,” he said in a January 5 note titled “China’s uranium reprocessing hype”.

Talbot pointed out that the uranium spot price actually rose after the announcement suggesting that “recent uranium buyers don’t believe the Chinese reprocessing hype either”. http://www.miningweekly.com/article/analysts-say-chinese-uranium-announcment-is-overblown-2011-01-05

The technology, developed and tested at the No.404 Factory of China National Nuclear Corp in the Gobi desert in remote Gansu province, enables the re-use of irradiated fuel and is able to boost the usage rate of uranium materials at nuclear plants by 60 folds.

China, as well as France, the United Kingdom and Russia, actively supports reprocessing as a means for the management of highly radioactive spent fuel and as a source of fissile material for future nuclear fuel supply.

But independent scientists argued that commercial application of nuclear fuel reprocessing has always been hindered by cost, technology, proliferation risk and safety challenges.

China is planning a massive push into nuclear power in an effort to wean itself off coal, the dirtiest fossil fuel. It now has 12 working reactors with 10.15 gigawatt of total generating capacity.

China has set an official target of 40 gigawatts (GW) of installed nuclear generating capacity by 2020, but the government indicated it could double the goal to about 80 GW as faster expansion was one of the more feasible solutions for achieving emissions reduction goals.

As such, China will need to source more than 60 percent of the uranium needed for its nuclear power plants from overseas by 2020, even if the country moves forward with a modest nuclear expansion plan, Chinese researchers say.
(Reporting by Zhou Xin and Benjamin Kang Lim; Editing by Sanjeev Miglani)