It seems that the market has missed the significance of GGG’s latest ASX release.

lately there has been a lot of commentary surrounding the impending surplus supply of REEs with several thousand projects around the world. The surplus is said to be coming in the light REEs whereas the heavy REEs are going towards critical supply shortage.

****And this is what the market seems to have missed:

CEO Rod McIllree
The resource base at Kvanefjeld is already very large, and initial resource calculations are due out for two new satellite deposits in early 2012. Given the advantage of having a very large resource base, our focus has been on establishing the most efficient and cost-effective way to process the material. We’ve also been conscious of identifying a development scenario with the least market risk.

The breakthrough in beneficiation provides a clear path to a more efficient operation, and also brings about greater flexibility: treating a higher-grade, lower-mass mineral concentrate opens up more leaching options than were previously available.

****We’re aiming for a primary leach stage that effectively leaches uranium and heavy REEs, and we’ve identified a number of solution chemistries to do this.

Under this scenario light REEs remain with the mineral residue, but in an easily leachable form.

****This would see Kvanefjeld developed as a uranium heavy REE project that also produces a very large light REE-rich stockpile. The stockpile can then be processed independently of the uranium-heavy REE leach circuit. Importantly, this removes the market risk of being dependant on producing, and having to sell a vast volume of light REEs, but leaves us the option of cheaply producing large volumes of light REE product according to demand.

This fits with our view that light REEs won’t retain their current high prices over the mid to long term, but heavy REEs will remain high-value materials of great strategic importance for many years to come. We aim to be a dominant supplier of heavy REEs and a large-scale producer of uranium oxide while retaining the option of cheaply producing a light REE product depending on market demand.

Thus it seems that GGG is positioning itself to become the world’s dominant supplier of heavy rare earths and a major uranium supplier. 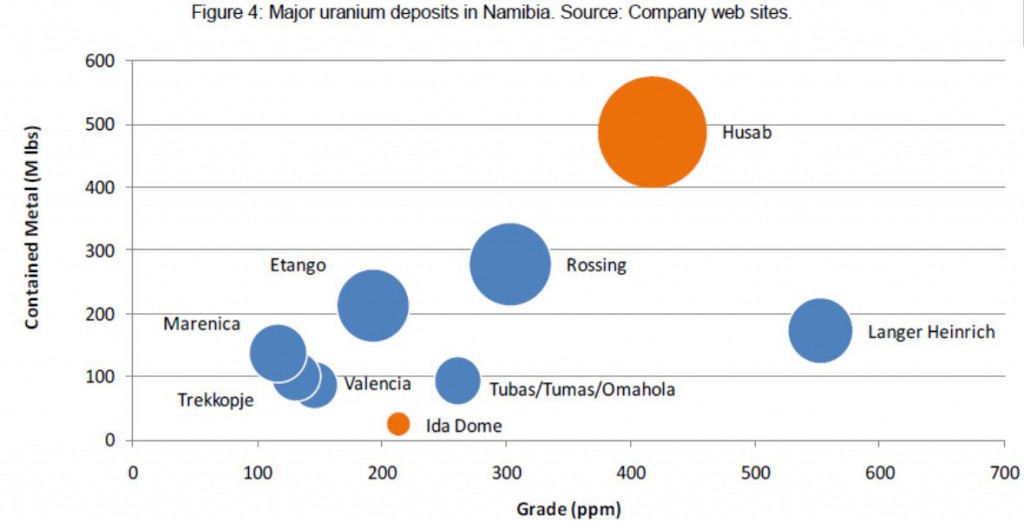 “EXTRACT Resources has suspended trading in its shares after the price soared on speculation China’s Guangdong Nuclear Power is set to launch a bid for the Perth-based uranium company.

State-backed Guangdong has reopened talks with Kalahari, Extract’s 42.7 per cent shareholder, in a move expected to result in a $2.2 billion offer for Extract.

A £675 million ($1.07bn) takeover deal for Kalahari could be concluded as early as this week, according to a report in London’s Sunday Times.

Shares in Extract surged on open today following the bid speculation, with the stock gaining 10.2 per cent to reach $8.86 before trading was halted.

Extract said the request for the trading halt was to respond to the media speculation and it requested the halt remained in place until Wednesday.

Under Australian takeover laws, if Guangdong acquires Kalahari, it will have to bid for Extract because it will acquire more than 20 per cent of the Australian company.” read the full report

So who will be next? 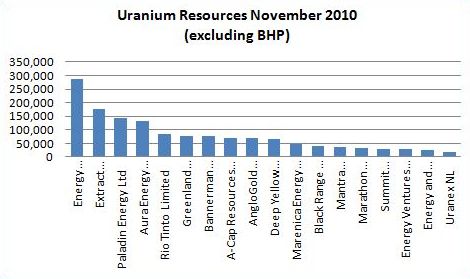